At SD comic-con this year i gleefully spent my comic-book budget all on the first day at the 2000ad table. I've begun tearing through it in chronological order, which would be the latest "complete case files", #19, collecting work from mid-1993, much of which I had never read before.

It seems this was towards the end of a years-long low point for the character of Judge Dredd, and it is just plain boring. Even the stuff written by John Wagner has artwork that is just painful to look at. Kudos to 2000ad for doing so much fully painted (as in with paint) artwork during the early '90s, but damn there's a lot of crap there. Can't wait to get through it, but it just puts me to sleep immediately and so I am taking a really long time to get to the end :( 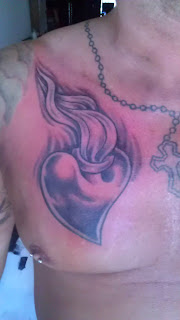 Sent from my HTC EVO Design™ 4G from Boost Mobile

Posted by dogspunk at 9:45 PM No comments:

I'll be in San Diego for Comic-con over the next few days. It's the first time in a while I am not going as "marginalized publications".  I'll mainly be there as a promoter of Bent-Con, recruiting artists for the gallery show and for the contest to name the iconic characters (see card below). Also looking for sponsors and what-not. Bent-con will have a space at the Prism booth (#2144).

Secondarily, I'll be there as a Judge Dredd fan. The film "Dredd" comes out in september, and 2000ad, rebellion, and IDW are all having a big JD presence: panels, signings, et al.. Plus an advance screening of the film that I won tickets to.
Next year we will revert to our regularly scheduled convention schedule of tabling at a booth selling my wares.
See you there!

Special double-sized for the pride issue!as appears in the Fight magazine