I finally got around to reading prog 1817 of 2000ad, the issue featuring the Judge Dredd one-and-done by Rob Williams (script) and Mike Dowling (art). 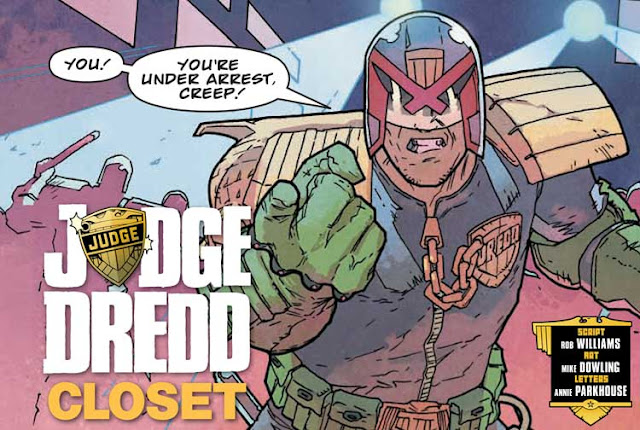 I wasn't purposely putting it off... it was among a handful of issues that Diamond skipped distribution of here in the states, so I eventually gave up on hard copies and read it digital-like (on my birthday tablet, thanks baby!).
The story is now 4 months old, so I think a synopsis is safe. 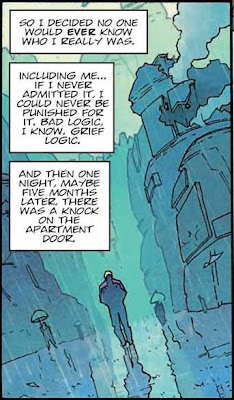 The story follows a young man named Taylor Cook, who is gay. He is busted in a raid on a fetish club, one where Dredd himself is the fetish. But that is skipping ahead... first, we are introduced to the club, and then to the protagonist.
Taylor tells us a bit about himself and his story; mom has died, leaving dad even more distant. As Taylor discovers that his feelings for his best friend are more than platonic, his father finds them and beats the crap out of his would be lover. After weeks of avoidance from both his friend and his father, the catastrophe known as "Chaos Day" happens, and his father disappears.
Regretting that his father never truly knew him, Taylor decides to hide his true self further in the closet. 5 months go by before he learns from the Judges and a surveillance video how his father died... at the hands of Judge Fear, the undead villain whose gaze causes one to die of fright.
Later, an online friend gets the young man to try the nightclub. Soon, he is attending in Judge garb. And then, the bust. The crime? Impersonating a Judge ("jimping") is a serious offence. Taylor has the chance to bolt unseen through a back entrance, but decides to turn himself in and not hide any longer, vowing to leave the closet behind in the "cubes" (prison) when he gets out. 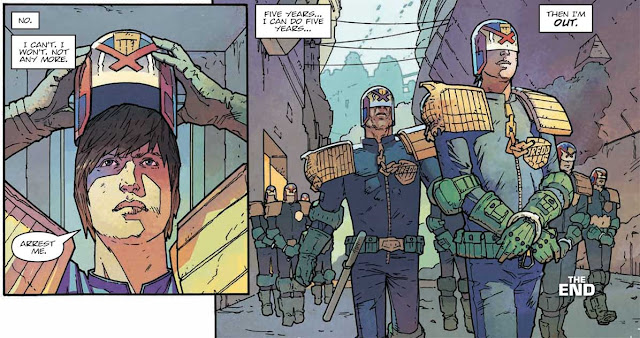 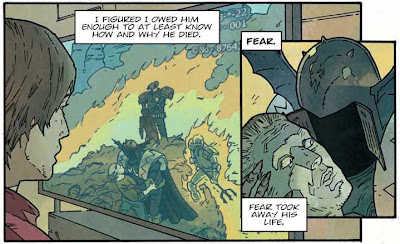 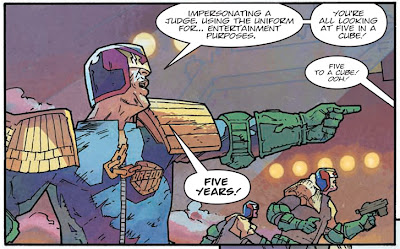 Go ahead, pick up a copy, support positive gay characters in comics. I think you just might like it...

Posted by dogspunk at 3:08 PM No comments: